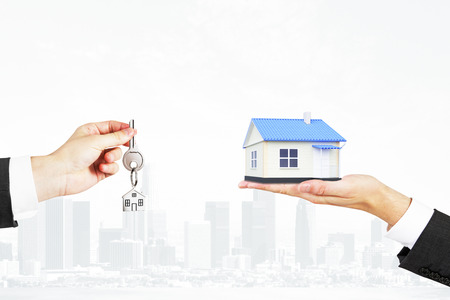 The end of 2016 was volatile, unprecedented, unexpected and excruciating for real estate investment. After the stunning election win by President Trump, many people with careers or livelihood attached to the housing market had no idea what expect or how his campaign promise of America first would effect real estate trends. Not withstanding the unexpected win by a man who knows the market so well, there was a lot of social unrest in pockets all over the United States well before President Trump ran his campaign, during and after his inauguration. All of those things need to be taken into account. Also, there are other economic factors that can make a difference. For example, by the end of 2016, people working in the market were weary about members of the millennial generation and if they would even bother purchasing property.

Before getting into the predictions, it is important for anyone reading to know that real estate operates on a double cycle. It operates seasonally, and it also swings over several years. Currently there is growth, and there was growth in and at the end of 2016. The Trump administration has been dedicated to thinning out restrictions for lending, and he has done a wide cut down on a variety of regulations, which will make it easier for people wanting to buy property to get a loan. There are a myriad of predictions and speculations on the Internet, but it is hard to grasp onto reliable sources because of media bias. Here are 5 predictions on the ways the housing market could change, and they are compiled from a few different sources, which seem to be pretty objective.

According to Forbes’ prediction of property trends, the wages in larger cities is expected to grow, but those people with a median income will find a disparity when they look to purchase houses. The housing market in larger cities is truly ironic. The wages grow, and people have money to spend, but very few will be able to afford to live in the comfort of a new home. Additionally, this was beginning to happen before 2017 or President Trump. For a while now, people wanting to purchase a home for the first time are growing frustrated because all of the low to medium priced housing is becoming increasingly unavailable. Ten years ago it would not have been a problem for prospective buyers to able to purchase a slightly better home if the affordable ones were scarce or unavailable because all they would need to get was a subprime loan. Now, an extremely high credit score is needed. Waiting for starter homes to be built is one strategy, but even if the builders are more active, work longer and have a higher staff, they are unlikely to make any significant contribution of starter homes to the market for the remainder of 2017.

Increased Population Density Will Lead People to the Suburbs

Cities will continue to become more dense, and when major city populations increase in density it lead people to want to live more spread out and move to the suburbs. Highly populated, dense cities are often havens for crime, large, disruptive classrooms for families with children, long commutes and traffic jams are just few things that are going to lead people into the increasingly popular real estate trend of city fleeing. In addition to everything listed above, densely populated cities, especially in their urban areas are also expensive to live in. Houses are more expensive in a major city and trying to find a nice place to rent at an affordable price is difficult. All large, dense cities can do is ramp up mass transit and increase taxes too. All of these reasons and more are why there will be an increasing property market in the suburbs in 2017.

Credit Availability Will Improve Later in 2017

For the most part, the Trump Administration is not set to deal directly with housing, which is why there is a Presidential Cabinet, President Trump has made it very clear that he and his team plan to roll back the regulations laid out in the previous administrations Dodd-Frank Act. This allows Trump Administration to force banks to lend more freely to a range of different buyers from all walks of life.

2017 Will be the Fastest Market on Record for Growth Despite some of the bad news for home buyers regarding price, there are other dynamics seeing increases. The 2017 market is expected to break the 2016 property market’s record for being the fastest market. An average home stayed on the market just 52 days in 2016, and buyers using Redfin averaged 83 days searching for a new home, which was seven fewer days than the previous year. Agents have also noted there has been a noticeable increase for short term tours. Same-day tours rose over 25 percent and are expected to grow even more in 2017. People want to buy, and they appear to be serious about.

Usually, housing does some heavy lifting for the Gross Domestic Product. Housing can be depended on to account for around 15 percent of it, but it has not been pulling its weight recently though. That is because there is a looming property market bubble. Sometimes raising interest rates will help ease some of the tension, so the Federal Reserve decided to raise interest rates in 2017 by first implementing an increase December of 2016, and there are two more expected to follow later in 2017. The effect it will have to buyers will be negative. Higher interest rates make it harder for people to buy, and if they do buy, it makes their payments higher based on the interest rate alone. Nele Richardson, the Redfin Chief Economist, says people should not worry too much. He says a 4.3 percent increase on a traditional mortgage is still a good deal compared to historical interest rate hike.

There are so many factors that real estate trends use to calculate. Good advice would be to proceed with caution considering considering he has barely been in office half a year. Listen to advisors and continue to read more articles like this before deciding to make a paramount purchase.